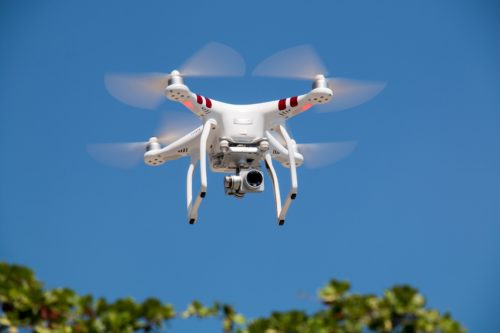 Technology continues evolving so rapidly that it proves near impossible for the law to keep with it. As new technology emerges, legal experts are looking to determine how it will impact the law.

Even though technology strives to make many things easier, it does not always succeed. While technology has allowed us to connect with individuals all over the world and to do many things more efficiently, there are also incidents in which it has only increased the risk of harm to the public.

Whether it is due to drones moving rapidly across the sky, hoverboards catching on fire, or vehicles parking themselves, many of these newer inventions may have widespread consequences when it comes to personal injury law claims.

A drone is an unpiloted, aerial vehicle. The sale of drones tripled in 2015, reaching a total of $200 million. But in 2016, the FAA received 159 monthly reports of drones flying too close to aircrafts, or even crashing into people. In 2017, these risks became even more apparent when a drone fell from the sky at a public event, causing minor injuries to four people. Events such as that one rendered a lot of unanswered questions. If someone is struck by one of these unmanned objects, who exactly is to be held responsible?

Hoverboards, two-wheeled, electric, self-balancing scooters, rose to fame during the holiday season in 2015. Despite its original notoriety for what they could do, drones have become most well known for their safety risks. In July 2016, the U.S. Consumer Product Safety Commission recalled 501,000 of imported ones since they had not been certified as safe for use. The seriousness of their risk was brought even more to the forefront of public attention in March 2017 when one caused a house to catch fire, killing two children.

Most of us have heard of autonomous vehicles by now. What may have once seemed like something out of a sci-fi movie has now become a very prominent reality. Fully autonomous vehicles are one of the most anticipated inventions of the 21st century, and with so much interest, companies continue rushing to get them to market.

Google’s self-driving vehicles, known as Waymo, have already been launched in four cities, driving a total of 2 million miles. But as exciting as it may seem, they average 9.1 crashes per one million miles. Regular vehicles only see 1.9 crashes per one million miles. In other words, they are five times more likely to crash than traditional cars, and passengers are four times as likely to be injured. While they will likely help to eliminate certain risks, such as drunk driving, they will introduce many new ones, such as susceptibility to hacking or malfunctioning.

If you or a loved one has been injured by someone else’s negligence or recklessness, it can have a profound impact on much of your life. You should not have to pay for the careless mistakes of someone else. At Katter Law Firm, we understand how difficult these accidents can be and know the importance of being compensated for your losses. To learn more or to schedule a free consultation, contact us today!