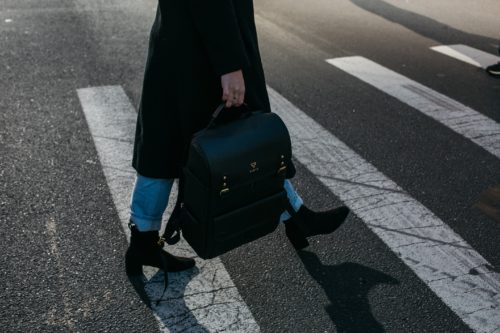 {3:20 minutes to read} New York City responded to its high number of pedestrian deaths by passing laws that are intended to protect pedestrians on its streets as part of the Vision Zero plan. The goal is to reach zero roadway fatalities by 2024. The number of deaths has been going down already, from 180 deaths in 2013 to 132 deaths in 2014.

So far, the city has:

These strategies seem to be working.

Most New Yorkers, especially advocacy groups for families whose relatives were pedestrians killed by vehicles, support the Vision Zero program. They contend that the criminal penalties are a critical piece of Vision Zero because it causes drivers to exercise more caution. However, the bus drivers’ union has pushed back against the criminal penalties when a driver strikes a pedestrian or cyclist in the crosswalk. The bus drivers’ union wants its members to be exempt from criminal charges unless it can be proven that the driver was speeding, texting or driving recklessly. The union is lobbying to change the law. The New York State Senate recently sided with the union and voted to amend the law to exempt bus and taxi drivers from criminal penalties.

A recent New York Times article states that at least 6 bus drivers were charged under the law since it went into effect in August 2014. A clear achievement of the law has been that, in its first eleven months, no pedestrians died as a result of being hit by Metropolitan Transportation Authority buses. In contrast, last year, ten people died after they were hit by MTA buses. The threat of criminal penalties seems to be encouraging more careful driving and saving lives.

What are your views on changing the Vision Zero law to eliminate criminal penalties for bus and taxi drivers? Do you think the threat of criminal charges encourages safer driving? Can we reach zero auto-related fatalities by 2024?