Hit by an Uninsured Driver 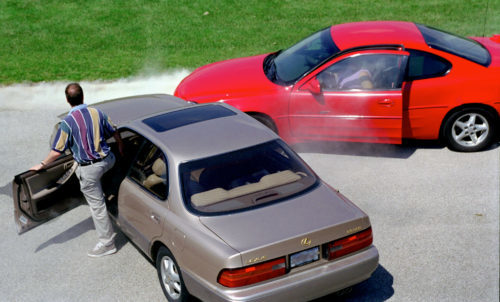 The days following a car crash can pass in a whirlwind of activity and uncertainty. You may have been injured. You may have some post-accident anxiety. You may be in pain and unable to work. In addition to all of this, you may have an ever increasing pile of medical bills as you seek the care you need to address your accident injuries. The financial repercussions of being hurt in an automobile accident can be severe. If you were injured in an accident caused by the negligence of another, you would usually seek compensation from the insurance company of the at fault party. Unfortunately, it is all too common for drivers to be uninsured or underinsured, meaning they do not carry enough insurance to adequately compensate you for your losses. Around 14 percent of drivers in the United States do not carry automobile coverage. That means approximately one in seven drivers in the country are uninsured.

What Happens When You Are Hit by an Uninsured Driver?

If you have sustained an injury in a car crash that was caused because another person was not exercising the requisite level of care and acted in a negligent manner, you have a legal right to pursue a monetary recovery for the damages that other person caused you. You are entitled to compensation for:

If there is more than one party at fault for the accident, they will both be responsible for compensating you in a percentage amount that correlates to the percentage of fault they are attributed to in causing the accident.

Generally, you recover your damages from the insurance company of the at fault party. If they do not carry car insurance, it usually is not worth going after the person’s personal assets as there is likely not anything to go after in the first place. This is also true if the person has low liability limits on car insurance. The amount of coverage the at fault party has may not be enough to cover your losses. Usually, it is not worth going after them personally because you will likely find nothing of value and you will be left with a court judgment saying that they owe you money, but you will never get paid.

The best bet if you are hit by an uninsured or uninsured motorist is to make a claim with your own insurance if you carry Uninsured/Underinsured Motorist coverage (UM). This is why UM exists. It exists because there is a sizeable number of drivers on the road that do not carry car insurance or do not carry enough car insurance.

Getting You the Monetary Compensation You Deserve for Your Accident Injuries

At Katter Law Firm, we know that our clients have been through a great deal. Being in an accident can be traumatic. Being unable to work, but still needing to seek extensive medical treatment in order to get better is overwhelming. We are here to take care of you and help you get the monetary recovery you deserve. Contact us today.